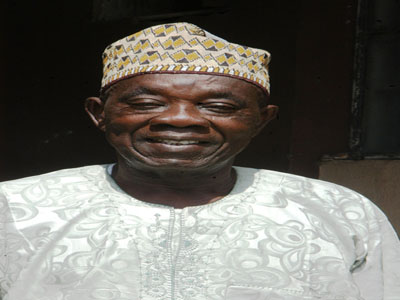 Alhaji Mubashiru Abiola, the younger brother of late businessman and politician, Chief Moshood Kashimawo Olawale (MKO) Abiola is dead. He died around 9:30pm on Friday after months of battling with an unnamed ailment.

He had since been buried according to Islamic rites at the family house at Gaa Sabo in Lafenwa area of Abeokuta beside his two late wives.

The Chief Imam of Gbagura, Prof. Kamaldeen Balogun, who conducted the Islamic funeral rite, said death was an inevitable fate that would befall every mortal.

He urged people to take cognisance of inevitability of death and live as if they would die the following day.

“Death is inevitable for all souls, whether you are rich or poor you must die one day and leave all those earthly things for others who will also die later.”

Others dignitaries at the funeral were former Minister for Mines and Steel Development, Alhaji Sarafa Isola; the General Manager, OGTV, Alhaji Ayinde Soaga; his elder brother, Yaya Soaga; Chief Taiwo Sobande, and a member of the House of Representatives, Mikahil Kazzim.

Before his death, Mubashiru used the occasion of the yearly June 12 memorial to lament neglect of the Abiola’s family by successive governments since the death of their breadwinner, MKO Abiola.

He was pained by abandoned and uncompleted proposed Presidential House of MKO Abiola at the Ibara GRA, Abeokuta.