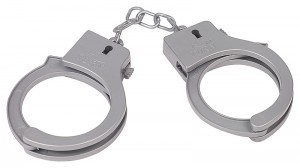 One woman identified as Nkechi Isioko was arrested in Enugu by the Nigerian Security and Civil Defense Corps, NSCDC for trying to sell her baby for One Hundred thousand (N100,000) before she was arrested and taken to the Eungu State Command. Nkechi Isioko, who is from Mpu in Anirnri Local Government Area of Enugu State, is a suspect in the case of selling her baby for One Hundred thousand, although she was arrested along side with some other suspected criminals such as pipeline vandals and also with some harl@ts and she was also arrested with the buyer.

In her words, saying that the baby buy who is one Mrs Egbo who has given are part of the money and expect to pay the balance once the exchange is done. according to her, she said that she needed the money because she is sick and she needed treatment and she wants to use the money to treat herself, but after she has been advised not to sell the baby she latter refund the money to Mrs Egbo. Mr. Lar Stephen Zwali the NSCDC commandant said they those who are vandalizing pipeline should stop and look for another business stating that they are seriously watching, this was said when they were parading the suspects. In Aninri Local Government Area some suspects was caught and arrested while they were vandalizing pipeline at Nenwe.

every illegal business we are committed to stop all action so if you are in the business of human trafficking should stop because they will be caught and arrested, he also advised the harl@t to look for decent jobs. The state will no longer take it easy with harl@ts and with those trafficking humans this was reveal to news men in Enugu by Most Reverend Emmanuel Chukwuma the Chairman of the Committee on Child Adoption and Fostering and Archbishop of the Anglican Communion. There is an executive order by the state Governor, His Excellency Ifeanyi Ugwuanyi stop all illegal business of such nature.