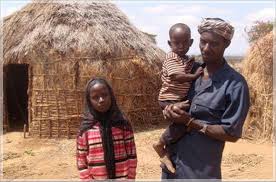 The Wife of the President, Hajiya Aisha Buhari has lamented the prevalence of child marriage in northern Nigeria According to her, such practice negatively affect the health, education, economic condition and increase domestic violence of girls.

Speaking on Tuesday in Abuja, Mrs Buhari, who was represented by the wife of the Vice President, Mrs. Dolapo Osinbajo at the National Conference on Social Protection for the Girl Child, organized by ActionAid in partnership with Ford foundation, said while child marriage is a controversial topic in Nigeria both in the North and South, over 50 percent of girls in the North marry before the age of 15.

She noted that 28.2 percent of married women in Nigeria are between the ages of 15 and 19 compared to 1.1 percent of men in the same age group.

Hajiya Buhari said that violence against the girl child is based on cultural beliefs and gender norms which takes many different forms in Nigeria, including domestic violence, female genital mutilation (FGM), early marriage, sexual violence, and exploitation through child labor and domestic work.

She noted that only 23 states have so far domiciled the Child Right Act, with 13 of the remaining states still at various stages, and therefore called on all stakeholders to support government’s effort at all levels to improve the education conditions of the girls.

In his presentation, the Emir of Kano, Sanusi Lamido Sanusi said that the right of the father to marry out his daughter without her consent should be taken away, adding that such right does not exist.

Also speaking, the representative of Ford Foundation, Innocent Chukwuma said that one in every three girls are estimated to be married before the age of 18, noting that child marriage lies at the intersection of a broad set of structural and social problems facing girls today.

“The practice of child marriage violates girls’ human rights; curtails their educational future and success; exposes them to greater health risks related to maternal mortality, maternal disability, infant disability and HIV; and is more likely to lead them into violent and abusive circumstances, social exclusion and poverty,” he said.