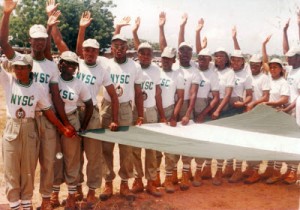 The National Youth Service Corps (NYSC) has deployed 2, 500 corps members to Kaduna State for the 2015 Batch B orientation course.

The state NYSC Coordinator, Mr Mohammed Momoh, disclosed this on Tuesday at a news conference in Kaduna.

According to him, the orientation would begin on Oct. 28, adding that corps members posted to Gombe State would make use of the orientation camp in Kaduna State before redeploying to their state of posting due to the security situation in the North East.

“The orientation will be in two streams with Kaduna taking the first stream from Oct. 28 to Nov. 17, while Gombe will take the second from Nov. 25 to Dec. 15.

“Redeployment will only be on marital and health issues,” he added.

He reiterated NYSC’s decision to ban nursing mothers and pregnant women from camp. He explained that he had been directed to attend to them in order not to jeopardise the wellbeing of the children.

“Since there are no facilities for children and pregnant women, they will register and go home until the orientation is over and their posting is ready for collection.”

He said skill acquisition and entrepreneurial programmes had been arranged for members to be self-reliant after their service year.