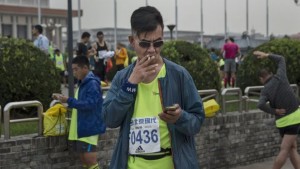 A new study has warned that a third of all men currently under the age of 20 in China will eventually die prematurely if they do not give up smoking. The research, published in The Lancet medical journal, says two-thirds of men in China now start to smoke before 20.

Around half of those men will die from the habit, it concludes. The scientists conducted two nationwide studies, 15 years apart, covering hundreds of thousands of people.

In 2010, around one million people in China died from tobacco usage. But researchers say that if current trends continue, that will double to two million people – mostly men – dying every year by 2030, making it a “growing epidemic of premature death”. While more than half of Chinese men smoke, only 2.4% of Chinese women do.