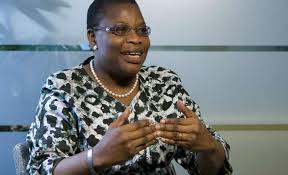 Have you ever thought of Nigeria giving the south east the opportunity to produce the next president? If no, why?

Have you ever thought of Nigeria giving a woman the opportunity to become the president, especially after 55 years of men dominance? If no, why?

Following the attempt of secession by Biafra in 1967, which brought about the infamous and highly criticized Nigeria-Biafra civil war (July 1967- Jan 1970) and its disastrous effects on the stability on the country, given the bitterness of the war, the restoration of peace and the reintegration of the Igbos into Nigerian life were pertinent. However, since the war was over in 1970, either knowingly or unknowingly, intentionally or by coincidence, no one from the south eastern part of the country has held the highest position of the land.

Nigeria, divided into 6 geopolitical regions; North East, North West, North Central, South South, South East and South West, has after the civil war produced at least one president from each of the region except from South East and North East. The North generally has had more chances so this piece is about the South East.

The country has been careful in handling leadership of the nation into the hands of any from the south eastern part of the country. Truth be told, the reason isn`t farfetched- fear of secession.

From 1970 when the war was over through 2015, every region in the country has produced at least one leader (President/Head of State) that has led the country for a particular period:

Meanwhile, as the drum for an Igbo president continues to hit hard and the fear of secession looms on, it is in the best interest of the country to consider giving the south east the chance to produce its next president.

Like all other region, the South East is not a completely united region hence must produce a candidate that will at least be widely acceptable by the simple majority.

In view of this, after much consideration of all the choices within my reach, I have come to the conclusion; that there is one person that has proven exceptionally different, with a transparent track records, that can be trusted and dependable. One that is generally acceptable by the Igbo and non Igbos- Dr. Obiageli ‘Oby’ Ezekwesili is the person!

Dr. Obiageli ‘Oby’ Ezekwesili is a Chartered Accountant and holds an MA in International Law and Diplomacy from the University of Lagos as well as an MA in Public Policy and Administration from the Kennedy School of Government, Harvard University. She trained as a Chartered Accountant/Consultant with the Global firm of Akintola Williams Deloitte & Touche, and worked in senior management positions in the financial services sector.

Dr. Ezekwesili was Vice President of the World Bank (Africa Region) in Washington, D.C., responsible for operations in 48 countries and a lending portfolio of nearly $40 billion. From 2002 to 2007, Ezekwesili worked for the federal government of Nigeria as Minister of Education, Minister of Solid Minerals, head of the Budget Monitoring and Price Intelligence Unit as well as Chairperson of the Nigeria Extractive Industries Transparency Initiative (NEITI) where she led the first ever national implementation of the global standards and principles of transparency in the oil, gas and mining sectors. She was a key member of President Olusegun Obasanjo’s Economic Team.

She was exiled by the Abacha regime for her activism and spent time in the UK before moving to Harvard University as an Edward Mason Fellow at the Kennedy School of Government. Upon graduation, Madam Oby was employed by Professor Jeffrey Sachs at the Harvard Centre for International Development.

Dr. Ezekwesili is a founding Director of Transparency International, representing Africa at the global anti-corruption body based in Berlin. She serves on the boards of Bharti Airtel, World Wildlife Fund (WWF), the School of Public Policy of Central European University, Budapest; The Harold Hartog School of Government and Policy at Tel Aviv University Israel; The Center for Global Leadership at Tufts University, Boston and the New Africa Magazine, among others. In May 2012, Ezekwesili was awarded an honorary Doctor of Science degree by the University of Agriculture, Abeokuta in Nigeria. She has also been awarded the Nigerian national honor of the Commander of the Order of the Federal Republic.

In March 2014, she delivered a keynote speech at the national summit of the All Progressives Congress (APC), when they were the leading opposition party in Nigeria.

In the aftermath of the abduction of 259 Chibok Girls by the terrorist group- Boko Haram, Madam Oby was instrumental to the start of the viral campaign #BringBackOurGirls on social media, which trended internationally.

You will barely come across a Nigerian- not the one with sentiments, that will argue that Madam Oby is not capable of holding the office of the highest position in the land.

Vision 2023 should be about the Igbos, about the Nigerian women and Madam Oby is the best option standing.

She`s actually not like the mainstream politicians that parade themselves in the country with little or no descent track record. But she has the charisma, the ability, the tenacity to make a positive difference.

If you are not looking the way of Madam Oby as the next Nigerian president, and as an opportunity for the south east to have a say, now is the time to start the consideration!