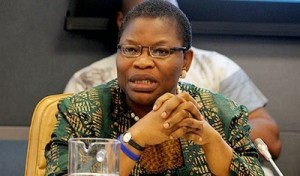 A former minister of Education, Oby Ezekwesili, has compared Nigeria’s current economic situation to that of 1982 during the regime of ex-president, Shehu Shagari.

Speaking in Lagos, the former minister stressed that the situation surrounding the economic, social and political sectors is precarious, admitting, however, that managing such situations would be really difficult for the government.

“We have found ourselves in a situation where every sector is in a precarious situation,” Ezekwesili was quoted by Vanguard to have said.

“We are operating on uncertainty and it is very difficult. Our economy has taken a nosedive, and I ask how it is possible for Nigeria to find itself in this embarrassing situation.

Former Central Bank Governor and Emir of Kano, Muhammadu Sanusi II, had also said that the country was heading for recession with the way the country’s economy is going.