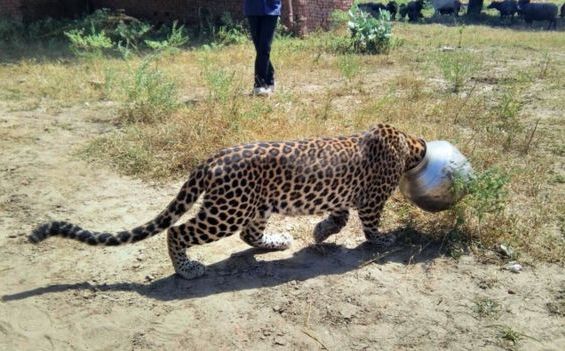 This happened in a village in the northern Indian state of Rajasthan recently. A male leopard looking for water (or something else) put his head inside a pot and was unable to bring his head back out. He was stuck there for five hours until villagers were able to help.
The frightened animal who couldn’t see after getting its head stuck in the pot wandered around the village as residents who didn’t know what to do just took pictures. Wildlife officials were eventually called and they tranquilised the leopard and sawed the pot off its head. The Leopard wasn’t hurt. 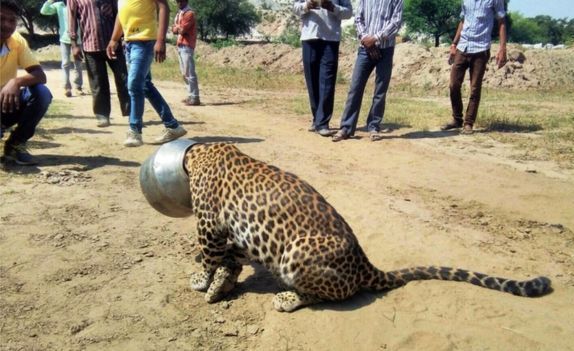 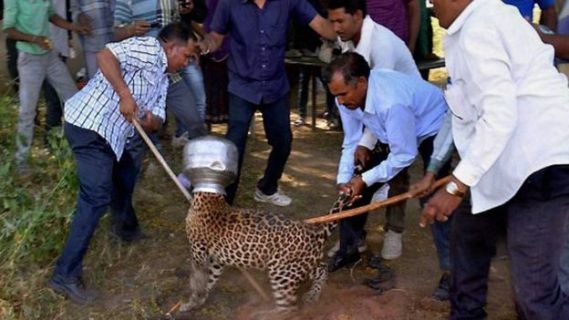