Home National News Odd News Saudi Man Divorces Wife Two Days After Marriage, Says She’s The Source...
Facebook
Twitter
WhatsApp
The superstitious man divorced his wife two days after their marriage, claiming she brought bad luck.
According to Gulf News, the man reportedly said that he thought something was wrong with his bride after witnessing a series of incidents. 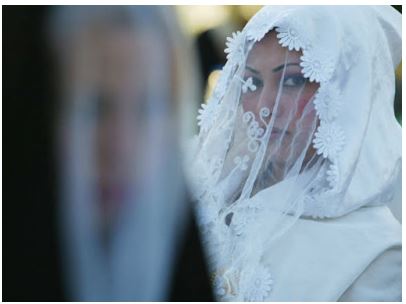 He claimed that on their first day together, the curtains of the flat where they went to spend their honeymoon came down on the floor and the waiter who was serving them when they went out for their first dinner slipped and fell.

He added that when they returned to the flat, the bottle of perfume he was holding also fell on the floor when he told his bride that it had a great smell, Saudi news site Al Marsad reported.
The man thought that all the falls that occurred after the marriage were a negative sign and that his wife was going to be bad luck in his life, and decided to divorce her. The next day, he took her to her family’s home and told her parents that he was divorcing her.
However, social media users criticised the man for his attitude.
“Does he think that marriage is such a trivial matter,” one blogger, Competent, asked.
“Does he think that you can marry a woman and divorce her so easily over such trivial matters? He obviously needs help. He should not be allowed to play with people’s emotions as per his wishes.”
Yara, another user, said that the groom acted in a dramatically nonsensical manner.
“The reason for the divorce is so frivolous and in fact reflects how limited his mind is,” she posted. “If he associates eyes with terrible signs, then he should talk with her and see what can be done, not divorce her.”
Another blogger congratulated the bride on her “lucky escape” from a strange groom.
“Maybe he should consider that he may be the reason for the incidents,” he said. “The woman is obviously lucky to move out of the life of an obsessed man with a sick mind.”
For a blogger writing under the moniker of Falkon, the grounds cited by the husband for the divorce did not make sense.
“This is utter nonsense and the reason is not logical at all,” he said. “We know there are some omens related to the eyes, but we also know there are prayers people say to keep the evil eye away.”