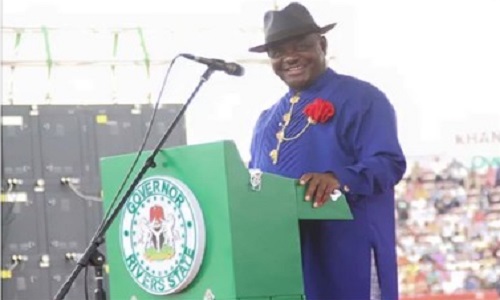 The Supreme Court on Tuesday dismissed a suit filed by the Governor Nyesom Wike of Rivers State, challenging the jurisdiction of the state governorship election tribunal to sit in Abuja.

The Rivers and Akwa Ibom tribunals had relocated to Abuja, citing security fears.

However, seven eminent Justices of the Supreme Court ruled on Tuesday that President of the Court of Appeal had the powers to transfer the sitting of the tribunal to Abuja to safeguard the lives of the judges and their staff.

The apex court also ruled that in view of the fact that Rivers State had no Chief Judge or Customary Court of Appeal, it would have been impossible for the President of the Court of Appeal to have consulted them before the constitution of the tribunal.

The Supreme Court, therefore, unanimously agreed that based on the doctrine of necessity, the President, Court of Appeal acted in line with the law.

The Supreme Court is a further blow to the Rivers governor, whose election was upturned by the Governorship Election Petition Tribunal on Saturday.

Had the Supreme Court judgment gone in his favour, the tribunal’s verdict nullifying Wike’s election as governor, would have been null and void.