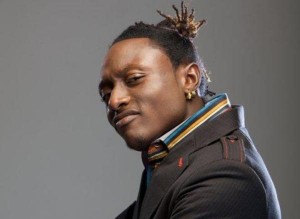 Terry G has reportedly stated that he has been prophesied that he will enter the full time ministry of evangelizing to people soon.

“By God’s grace; it has been prophesied that God is going to use me to prophesy to multitudes, and I think I’m already doing that in a way, but when God calls me at the right time, I will go for it fully” said Terry G who was a former chorister at the Redeemed Church of God.

He later explained why he is doing secular music despite being close to God. “Sometimes, you need to put yourself in people’s shoes. When a preacher is preaching to you, and you already know all what he is going to say, it might not sound interesting.

“I think God knows why He chose a path for everybody because if you look at it, everybody has done gospel music at some point; it worked for some people, and didn’t work for some. That is because we have different purposes in life. I’m only doing this (secular music) temporarily.”