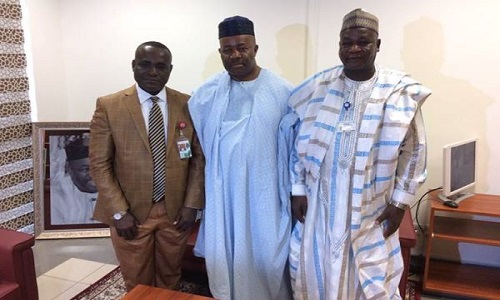 The relationship between the duo deteriorated in the build-up to 2015 general elections, when Akpabio reportedly denied Enang, who was Chairman of the Senate Committee on Rules and Business, the opportunity of returning to the red chamber for a second term.

Both men jointly addressed the press at the Senate, saying the battle was over.

Akpabio said: “We all had our candidates and God had His way. God has destined Enang to be SSA to the president and here I am too.

“I was pleasantly surprised that Enang was in my office today and here are we together to say hello”.

On his part, Enang said that he has reconciled with Akpabio for the sake of Nigerians.