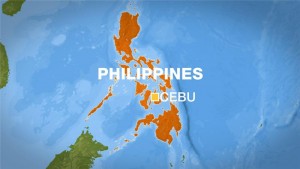 A Chinese woman has shot dead two Chinese consulate staff and wounded China’s consul general to the Philippine city of Cebu at a restaurant lunch, a police spokesman said.

Consul General Song Ronghua was rushed to a hospital on Wednesday, Chief Superintendent Prudencio Banas said, adding the woman was arrested and her husband held for questioning.

“We’re still trying to determine the motive for the shooting,” Banas said. “We have the suspect, a Chinese woman, but we would need translators to interview her on what really happened.”

Police said the suspect’s husband was held at the Filipino restaurant for questioning and the couple had invoked diplomatic immunity. A gun, a calibre-45 pistol, was found at the scene. The foreign ministry and China’s embassy in Manila declined to comment and were trying to gather more details.