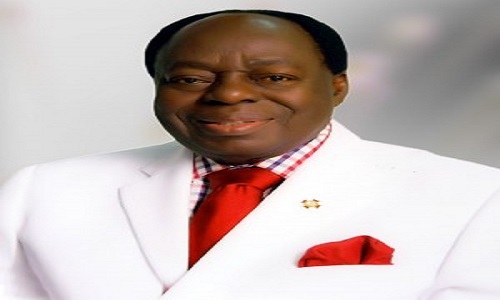 Babalola made the disclosure at the 3rd convocation ceremony of the university in Ado Ekiti.

He said his refusal was not out of pride but the conviction that his law practice was enough to make him comfortable and also contribute to national development.

Babalola said that much pressure from former President Olusegun Obasanjo later made him to accept to serve as Pro-Chancellor and Chairman of Council of the University of Lagos.

He however said he accepted to serve on the council on the condition that he would not be paid salaries or allowances throughout his tenure.

Babalola expressed regrets that many Nigerians were unwilling to contribute to national development, urging them to shun greed and be contented.

He explained that the rot as well as state of financial recklessness he met at the University of Lagos spurred him into establishing a university.

In a remark, the immediate past Chairman of INEC, Prof. Attahiru Jega, commended Babalola’s vision in partnering with government to take education to the next level.

Governor Ayo Fayose of Ekiti also commended Babalola for considering the state as host for the university, urging other wealthy indigenes of the state to emulate him.

The News Agency of Nigeria (NAN) reports that a total of 736 students graduated from the six faculties of the institution.

NAN also reports that Jega, Bishop Mathew Kukah, the Alaafin of Oyo, Oba Lamidi Adeyemi, and Justice Emmanuel Ayoola were all conferred with honourary doctoral degrees of the university.