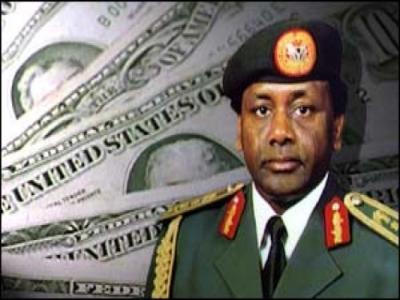 Following a request by the Socio-Economic Rights and Accountability Project, SERAP, for information on the spending of recovered asset stolen by late General Sani Abacha, the World Bank has said that it needed “additional time to provide [SERAP] with a more comprehensive response.”

In a letter dated October 15, 2015 and signed by Ann May of the Access to Information Team, the Bank said that “In response to your request under AI3982, we would like to inform you that we are still considering your request and need additional time to provide you with a more comprehensive response”.

The letter reads in part “In most cases, we will be able to respond within twenty (20) working days from receipt of a request for information. However, we may need additional time in special circumstances, for example, if the request is complex or voluminous or if it requires further review by or consultation with internal World Bank units, external parties, the Access to Information Committee, or the World Bank’s Board of Executive Directors”.

“We regret any inconvenience that a delay may cause you and, if one does occur, will aim to minimize it as much as possible. We will notify you promptly of any updates to the status of your request. Thank you for your interest in the World Bank”.

SERAP executive director, Adetokunbo Mumuni, said, “We welcome the Bank’s decision to thoroughly consider the request. This thorough process shows the seriousness the Bank attaches to the request, and will hopefully contribute to a positive outcome that will serve the interest of justice and millions of Nigerians who want to know about disbursement of Abacha loot”.

It would be recalled that SERAP had on September 21, 2015 sent an access to information request to Jim Yong Kim, President, World Bank Group urging him to “exercise the Bank’s prerogative to release documents relating to spending of recovered assets stolen by Late General Sani Abacha”.

The group also asked Mr. Yong Kim to “disclose information about the Bank’s role in the implementation of any projects funded by the recovered assets and any other on-going repatriation initiatives on Nigeria with which the Bank is engaged”.

The request was “pursuant to the World Bank’s Access to Information Policy (The Policy), approved by the Board on June 30 205. SERAP notes that one of the Policy’s guiding principles is to maximize access to information. There is also clear public interest in Nigerians knowing about the Bank’s supervisory role and specifically its involvement in the implementation of projects on which repatriated funds were spent”.

According to the request, “The World Bank has been involved in overseeing the transfer, disbursement, spending of recovered funds from General Abacha, and other similar initiatives to repatriate stolen funds to Nigeria. As such, the World Bank is not a neutral party in this matter”.

The request also stated that “SERAP believes that releasing the documents would enable civil society to meaningfully engage in the management and supervision of repatriated funds, contribute to the greater public good, and enhance transparency and accountability in the management of the country’s resources.”

According to SERAP, “the release of the requested documents is of paramount importance to the public interest in preserving the legitimacy, credibility and relevance of the World Bank as a leading international development institution. Indeed, the Bank need to lead by example in issues such as transparency and public disclosure raised in this request”.

The organisation said that, “The information is also being sought to improve the ongoing fight against corruption in the country and the provision of essential public services”.

The organisation said that, “the information requested is not affected by the “deliberative” “corporate administrative matters” or “security and safety” exceptions under the Policy. The information requested is crucially required for Nigerians to know how the recovered funds have so far been spent and to know and monitor how the funds (which are public money and resources) are being used”.

The group therefore requested Mr Yong Kim to exercise the Bank’s prerogative to:
1. Disclose and release documents relating to spending of recovered assets stolen by late General Sani Abacha, including copies of supervision reports, periodic reviews and other appropriate reports on the Bank’s role in the spending and disbursement of the funds as well as specific projects on which the funds were spent