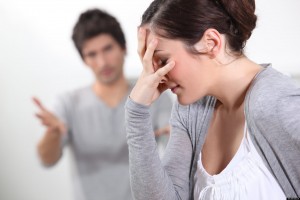 Time to look at your own behavior, ladies.

You’re a smart and sexy mama with a solid value system and a one hell of a sense of humor. So why is dating so hard? You could blame the “hanging out” culture or label an entire gender “dogs,” but we both know that’s a cop-out. Since no one is perfect and we could all use a bit of polishing, let’s put it out there and admit that it’s a good thing to look at the behavior that might be holding us back from finding the happy, healthy relationship we all want and deserve.

Here are 10 things you’re doing that’s preventing you from finding a great guy.

1. You make someone who treats you like an option a priority.

Any woman who has ever walked into a Sephora knows that there are many options in the world — perfume, concealers, and yes, men. Getting to know many different people in order to find the right fit is the whole point of dating. There is nothing wrong with being an option as long as you’re still exploring yours. The problem occurs when someone sits on the sidelines while the other plays the field (or worse, games). So before you hand over all of your love/time/energy/sexytime skills/commitment/secrets to one person, make sure you’re on the same page and giving equal value to the relationship. If you’re not, make adjustments or move on. There is no honor in sitting around and waiting for someone to think you’re worth their full attention. Zip. Zero. None.

2. You give third, fourth, and fifth chances to the dissappointing and disrespectful.

Paulo Cohelo once said, “If it happens once, it may never happen again. If it happens twice, it will happen a third time.” Excellent advice in life and dating. Everyone has an off day and makes a screw-up now and then but when the same issue (or a variation of it) keeps popping up, it’s no longer a “mistake”, but valuable insight into someone’s character. Being understanding and forgiving is essential to healthy relationship-building,but it’s a different story when we keep giving the benefit-of-the-doubt to someone who continuously disrespects/hurts/disappoints us. Do the work to know your worth so that you can pick your self-esteem up off of the floor and walk confidently into the direction of the life you deserve to live–with someone who deserves to be in it.

3. You bend your boundaries like you’re in a gymnastic competition.

Flexibility is an important component in any relationship but when you draw a line in the sand regarding something of real value (i.e. your values), moving it around sends a bad message. First, you’re telling the other party that (insert value here) is not really all that important to you. So why should it be important to them? Secondly, you’re showcasing that even you don’t respect your own boundaries enough to hold firm (so why should they?). See where this is going? Put those boundaries in place and honor the hell out of them. Those worth your time will respect you for it. Those who don’t will move aside to make room for the someone you deserve. Win-Win!

4. You expect a man to finance you.

Gold-digging girls may get champagne and Kanye shout-out’s, but there’s a real downside to being on someone’s payroll: they often see you as just another item they purchased (and treat you as such). While it’s nice to spoil and be spoiled by your partner, it’s equally nice to know that you can take care of yourself and show the men you meet that you’re as independent as you are sexy, funny and intelligent. In doing so, you’ll likely find your dating pool opens wide-up. There are a lot of great men out there with a lot to offer beyond black cards (and the ones with the cards will likely have more respect for you). Besides, putting down your own credit card like a #boss with a confident “I got this” feels damn good.

5. You play it so “cool” that your relationship turns cold.

In the beginning, it’s normal to relax and see where things go but if you’re catching feelings and not sure where you stand five months in, the ambiguity is going get to you (and likely lead to behavior that’s going to get to him). While demanding or agreeing to exclusivity on the second date is a little much (don’t), it’s perfectly normal to ask how the other person feels about things to gauge whether or not you’re on the same page — especially if you’re doing the no-pants dance. It’s “cool” to be honest about who you are and what you want and to accept the other person’s right to feel what they feel and make a decision that works for the two of you. No blame or drama necessary.

Whether it’s trying to reform a dedicated playboy or guide a Peter Pan through adulthood, there’s nothing more exhausting than trying to build a better human. So why do so many of us do it? Live and let live, and don’t waste precious moments of your life attempting to polish someone up enough to properly fit into yours. Not only will this lead to loads of resentment on both sides, you can seriously damage another party making them feel they are not appreciated for who they really are.

7. You hide important parts of yourself.

The best way to attract someone who is right for us is to get to know who you really are and live as the best version of that self without the slightest apology. Know that you’re enough as you are and the right person will accept and appreciate you, flaws and all.

Research has shown that negativity leads to narrow thinking whereas positive thinking helps us to see all of our options and create new ones through encouraged skill-building. Walking around thinking that you will “never find” someone or that “all” men are any one thing will not only make you feel horrible, but it will also train your brain to prove this theory true! How does this relate to d-bag dating? When you think “all men are dogs” you put up with bad behavior because you don’t believe anything better is out there (which is not true. Think about if men thought all women were golddiggers/cheats or whatever else).

9. You’re not be clear about what you want.

It sounds obvious, but if you want children and marriage in the next few years, you might want to stop spending your Friday nights with the hot, emotionally unavailable guy who tells you that he doesn’t want kids. These traits do not make him a bastard, but you’ll likely be dealing with behavior that’s going to frustrate the hell out of you (see Fixer-Upper). It’s not that you shouldn’t go out and have a good time, but spending your time in pseudo-romantic relationships with men you can’t see a future with will only distract you from being proactive about diving into the pool you should be swimming in.

So who should you be out with? If you don’t know beyond height, hair and eye-color, you’re in trouble. Dating becomes daunting when you want a relationship but have no idea who with. So, before you upload your profile, sit down and really think about your values, non-negotiables and the things it would “be nice” for them to have. Then, stay close to home as they say.

10. You expect the guy to bring it all to the table.

Remember: like attracts like. Want a gentlemen? Be a lady. Want intelligent? Knowledge is power. Want someone who respects you? Be respectful and respectable. Want someone who is confident, knows what he wants, has his Sh#@ together and is open to a relationship? Be that kind of gal.