About 170 including 140 guests and 30 staff have been reportedly taken hostage by armed men in a hotel in the Malian capital, Bamako, on Friday morning. 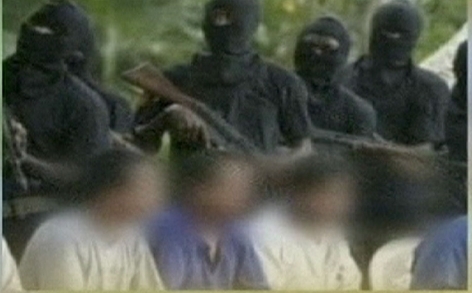 Security services sources said the gunmen who used a vehicle with diplomatic number plates, reportedly shouted ‘Allahu Akbar!’ as they entered the building,. Later reports said that those who cold quote from the Koran had been released.

Early reports said that two people had locked in staff but security services late said about 10 armed men were inside the Radisson hotel.

“I was on my way to drop off my kids who are at school near the Radisson, when I heard gunshoots and saw the road was blocked,” eyewitness Astou Ry told RFI. “So I went to my sister’s who lives nearby and from there we heard more gunshots.

“Then sirens started to go off so I didn’t stop near the Radisson to see what was happening. I was with my daughter, it was dangerous. I was scared. The gunshots kept being fired. And then there was an explosion. We don’t know if it came from the police or if it was a suicide-bomber that blew himself up.”