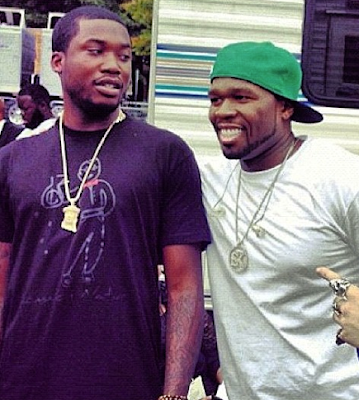 50 Cent, who is now more famous for his instagram fights than his music clowned rapper Meek Mill on stage in Stockholm, Sweden on Sunday night. He told the crowd during a performance;

“That ‘Back to Back’ sh!t was fire…that sh!t was hot…and the broke dude, the nigga that started the sh!t, he thought he was gone pick on Drake and got the sh!t slapped out of him.”

50 is referring to the infamous diss track from Drake after Meek accused him of using a ghostwriter. Meek is yet to respond!