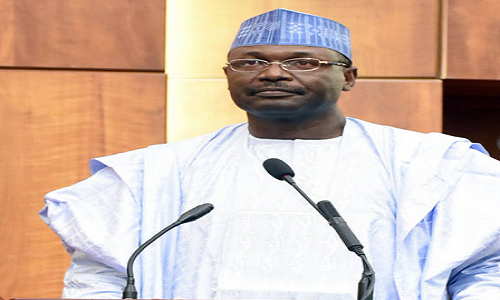 The Independent National Electoral Commission, INEC, says that 663,748 voters have been registered in 1,939 units for the Bayelsa governorship election slated for December 5.

An INEC National Commissioner, Lawrence Nwuruku, said this on Thursday in Yenagoa while speaking on the updated v​oter​s’​ rregister for the state.

He said the publication of the voter​s’ ​register was in compliance with the provisions of the Electoral Act, 2010 as amended.

The Voters’ Register must be published at least one month to the election.

According to the figures reeled out by the ICT and Voter Registry Departments of INEC, a total of 663,748 voters are eligible to vote in 1,939 voting points after the continuous voter registration exercise held in the state from October 2 to October 9 this year.

Mr. Nwuruku, a former ambassador, said there was an increase of more than 53,000 registered voters in 1,804 polling units from the register used during the 2015 general elections.

“The breakdown based on gender distribution, showed that men constitute 54 per cent while women make up 46 per cent of the voting population.

“We expect all registered voters to come out en-masse and participate during the election”, he said.

However, INEC Resident Electoral Commissioner for Bayelsa, Baritor Kpagih, commended the presentation of the voter’s register in the state.

“INEC in the state will intensify preparations for the December 5 governorship polls.

“I am urging political parties and candidates to sensitize their supporters on the need for peaceful electioneering process”, Mr. Kpagih said.