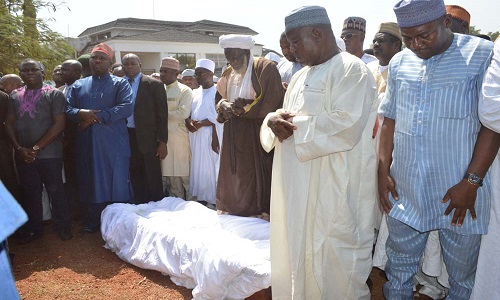 Contrary to speculation that the All Progressives Congress (APC) candidate in last Saturday’s governorship election, Abubakar Audu, has woken from the dead, we can authoritatively confirm that is not the case as he has been buried, in accordance with Islamic rites.

Rumours were rife on Monday that Audu, who passed away yesterday, had resurrected to the jubilation of his supporters, who had gathered at his palatial home in Ogbonicha, Kogi State.

The governorship candidate reportedly arose from the dead after a “prayer man” engaged in fervent prayers to bring him back to life.

However, to the disappointment of those who had erupted in jubilation of his rumoured resurrection, the remains of former Kogi State Governor, Prince Abubakar Audu, was at exactly 1:59pm, lowered into the freshly dug grave in his compound amid tears and sorrow as Imams offered prayers for the repose of his soul. 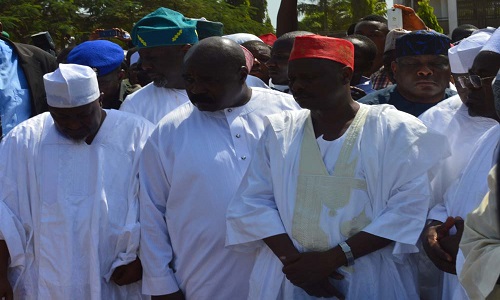 Ex-Governors Lucky Igbinedion, Saminu Turaki, Rabiu Kwankwaso, George Akume, Abdulkadir Kure and Senator Dino Melaye among others, were in Ogbonicha to pay their last respects to the late Audu.