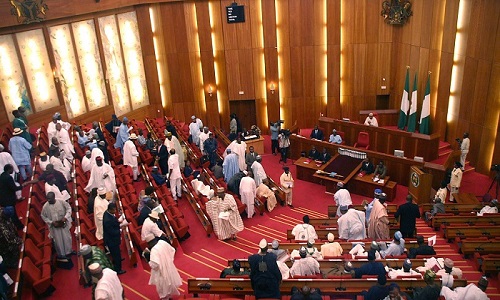 Acting Clerk of the Senate, Adedotun Durojaiye is dead.

Although there was no official confirmation as at last night, The NATION reports that Mr. Durojaiye passed away late yesterday.

The newspaper reports that the Lagos-born civil servant, who was promoted as acting Clerk of the Senate in April 2014, had been ill for some time before he finally gave up the ghost at an undisclosed hospital in Abuja.

Durojaiye would be remembered for his role in the inauguration of the eighth Senate as he was in charge of the elections of Bukola Saraki and Ike Ekweremadu as President and Deputy President of the Senate respectively.