The General Overseer of the Redeemed Christian Church of God, RCCG, Pastor Enoch Adeboye has been slated to lead 60 bishops and 300 other clerics to the burial ceremony of the late Hannah Idowu Dideolu, HID, Awolowo. 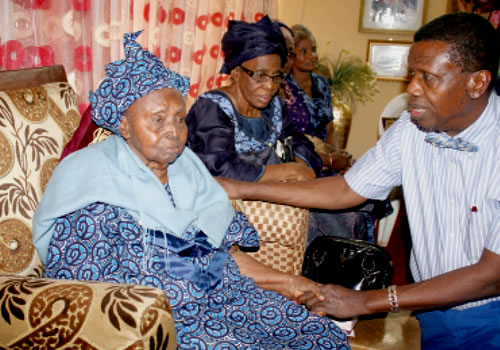 This was as the Ogun State government disclosed that the federal government and all states of the federation will be at the event.

The family, at a news conference held at the Awolowo’s residence, stressed that body of the late matriarch would be taken to Ibadan, Lagos and Sagamu.
Daughter of the deceased, who used to be Nigeria’s Ambassador to the Netherlands, Mrs. Olatokunbo Awolowo-Dosunmu, said the family is set to host friends, well-wishers and the entire nation to a befitting ceremony.

According to her, “Her burial is not for our family alone, but for the world. It is going to be an elaborate event. The state government has been very helpful.”

Also speaking, Secretary to the Ogun State Government, Barrister Taiwo Adeolu, said the other 35 state governors have indicated willingness to participate in the burial programme, adding that the federal government is part of the central planning committee.