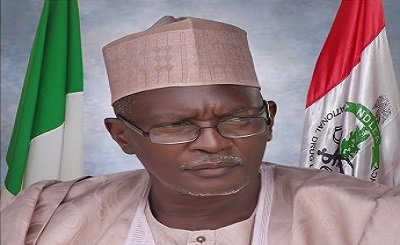 After 10 years of meritorious service, the chairman of the National Drug Law Enforcement Agency (NDLEA), Ahmadu Giade, on Wednesday bowed out of the agency.

Speaking after a colourful ceremony held at the Ikoyi head office of the agency, Giade said: “I am leaving the NDLEA better than I met it 10 years ago. My greatest legacy is the zero tolerance for corruption. If we must continue to dislodge drug barons and eradicate drugs from our society, we must remain forthright and committed to drug control programmes. I am leaving behind a legacy of proactive and intelligence-led organisation.

“The agency under my watch has a representative at INTERPOL headquarters and has successfully raised the international profile of the country through unprecedented seizures of drugs and arrest of drug barons”.

The outgone chairman cited the removal of Nigeria from the drug majors list by the United States government and cordial working relationship with stakeholders as some of the significant achievements recorded under his leadership in the last 10 years.

“The removal of Nigeria from the major drug list opened door to a robust cooperation and partnership with stakeholders. NDLEA has enjoyed unprecedented training programmes for officers sponsored by United States Germany, Spain, France and the European Union”, he added.

Giade, however, urged the new NDLEA boss to make officers’ welfare a priority.