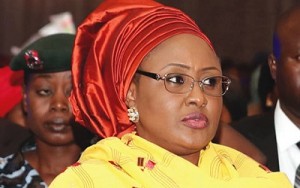 The Wife of the President, Mrs Aisha Buhari, has called on state governors to establish children’s parliament with a view to build the capacity of the youths in leadership position.

Speaking in Abuja at the inauguration of the 4th Assembly of FCT Children Parliament, Buhari, who was represented at the occasion by Mrs Alayingi Sylva, wife of the former governor of Bayelsa and governorship candidate of the APC in the state, Timipre Sylva, stressed the need to establish children’s parliament in the 36 states.

She said that the parliament would provide a platform for the children to participate in national development and prepare them as future leaders.

She congratulated the executive members of FCT children’s parliament for their victory at the April elections in which more than 90 schools in the six area council participated.

“This is a clear demonstration that our children have embraced the path to democracy which inevitably has been a course for governance.

“No doubt, your political consciousness will be raised and eventually offer you the opportunity of being valued members of our society and future leaders of this great country.

“I appeal to you to respect the rule and process of operating children’s parliament through which you can realise your dream,” she said.

Speaking earlier, the Permanent Secretary, FCT administration, Mr John Chukwu, said the parliament was aimed at providing the children with a forum to participate in affairs affecting their country. He was represented by Mallam Salisu Kallamu, the Director, Administration and Finance in the FCT.