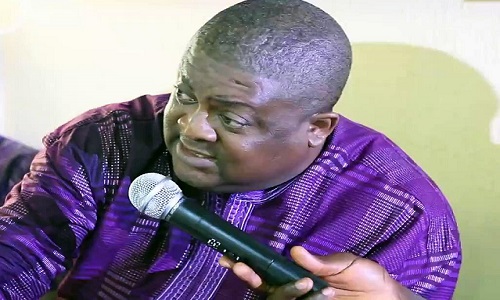 Mohammed Fawehinmi, eldest son of the late foremost legal luminary and rights activist, Gani Fawehinmi, has lampooned the governors of Oyo, Ondo and Osun states over their alleged failure to develop the states.

He specifically called on the Oyo House of Assembly to commence impeachment proceedings against Governor Abiola Ajimobi.

Mr. Fawehinmi stated this on Thursday while delivering a lecture at the Obafemi Awolowo University, Ile-Ife, Osun State.

The lecture, entitled “Youths Impact in Free and Fair Elections”, which was second in the series, was organized in honour of the late Fawehinmi, who died in September 2009.

According to Fawehinmi, the three south west states have remained at the same level of decadence because of the refusal of the governors to make any meaningful impact since the governors assumed office.

“Oyo State is a shadow of herself from what it used to be”, Mr. Fawehimi said. “Everywhere is very bad and it is something that is unbecoming. I clamour for impeachment of Oyo state Governor Ajimobi”.

“Since he is incapable he should be impeached from the government. The last few years in Oyo has been very bad. I passed through the place and I was unhappy”, he added.

He also said there had been no major improvement in the State of Osun under Governor Rauf Aregbesola, “except that when I got to a part of the state I saw a new statue; everything looks unchanged, nothing so new or no improvement”.

His assessment of Governor Olusegun Mimiko of Ondo was no less assuring as he gave him knocks for alleged “underperformance.”

Mr. Fawehinmi said but for the efforts made by the students of the university, his father would have died without earning the title of Senior Advocate of Nigeria.

According to him, it was the students of the institution who awarded the late lawyer the title “Senior Advocate of the Masses”, after which he was conferred the prestigious title of SAN.

He said, “My father would have died a man without the apex title and would have being robbed of what he deserves if not for the effort of OAU Students.

“Nobody knows the role OAU students played; it would have been miserably painful for my family”.

Mr. Fawehinmi also accused the OAU management of falling below standard and not paying attention to areas of needs of the university.

According to him, the institution had lost its glory and could not boast of the standards it was known for.

“I went to the hostels in your school (OAU) and it is a shame. When I saw the living conditions of students, it is even dangerous for your health as students. It is time to call the attention of the Federal Government to the sorry state of this school”.

The President of the Students Union Government of OAU, Omotayo Akande, criticized the administration of President Muhammadu Buhari over its plan to pay N5, 000 to each unemployed Nigerian youth.

“We have lots of decadence in the education sector that needs attention and all the president can think of is investment of over one trillion naira in paying young unemployed graduates, does he mean graduates are worth just N5, 000? He is only compounding woes of Nigerian youths”, he said.