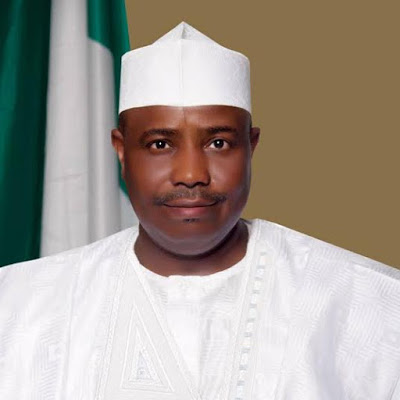 Governor Aminu Waziri Tambuwal of Sokoto State has said the events leading to the governorship primaries of the All Progressives Congress (APC) in Bayelsa State will not affect the party’s chances of winning the election.

The Bayelsa guber primaries of the APC was marred by controversy after the first one had to be cancelled and when the second one finally held, one of the leading aspirants, Timi Alaibe, announced he was withdrawing from the race in the interest of the party.

Addressing reporters at the APC secretariat in Abuja on Tuesday, Tambuwal said the party was working to ensure that every member in Bayelsa State worked for its success at the polls.

He expressed confidence that the National Campaign Council, set up by the party, would deliver the state to APC on December 5, adding that signals from the state indicated that the party was sure of victory in a free and fair election.

Tambuwal said: “Our task is clear to us and the task has been defined and blessed by God Almighty. We shall do everything within the confines of the law to bring Timipre Sylva to the Government House after December 5.

“I assure you, Mr. President and members of our party that by the grace of God, we shall not fail you in the execution of this assignment. Thank you for appointing us to serve and the service we are going to render.

“The signals are clear from Bayelsa and by the grace of God, the state is ready for the change train. Bayelsa is set to join the ruling party. Sylva’s records are there to speak for him.

“I have been to Bayelsa while he was the governor and after he left office. The records are clear. I believe the people have the advantage of comparing the two individuals we are talking about and I believe the APC candidate will be the one the people will vote for.

“As a party, which has imbibed the culture of winning free and fair elections, you should know that we are ready to set out as a team to ensure that APC and its candidate win the Bayelsa election.

“Members of the party in the state are working together. You can see that the chieftains were around for the inauguration of the campaign council and it is work in progress.

“We shall ensure that we bring everybody on board to make sure that the party wins this election. We have taken the factors into consideration and the signs are clear. By the grace of God, APC will win this election”.