Audu Died After, Not Before Election Result Declaration – Brother 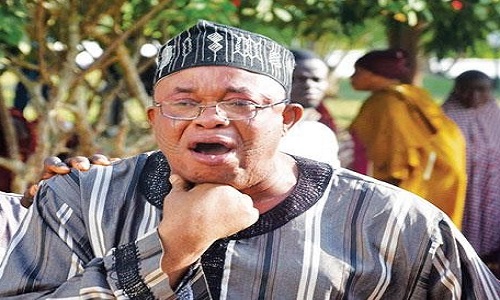 Contrary to media speculation that the All Progressives Congress governorship candidate in Kogi State, Prince Abubakar Audu, died as early as 6 A.M on Sunday, his younger brother has come out to say the former governor passed away shortly after the results of the inconclusive polls was announced.

According to the brother – Alhaji Tijani Audu, the APC candidate died after the Returning Officer, Prof Emmanuel Kucha, declared the election inconclusive, and not on Sunday morning.

There were unconfirmed reports that Audu died early Sunday morning but a prominent chieftain of the party allegedly stalled the announcement so as not to purportedly jeopardize the announcement of results.

This version of events was debunked by the younger Audu, who told reporters on Monday in Ogbonicha, Ofu Local Government Area that the late politician had listened to and watched the collation of the results before he died.

“I was with him when the whole thing started. I was told in the morning of Saturday that he was sick and I called him to confirm but he said he was okay and would be coming to vote by 1pm, and he came without showing any sign of sickness and we went together to vote.

“But the following day (Sunday) by 10 am, I went there to see him and his children said he was having health challenges and was weak, I even advised that after the announcement of the result he should go abroad for treatment”, he said.

He said Audu lived and fought for his people and would continue to be remembered for his sacrifices and doggedness.

The Ogbonicha country home of the late former governor was a Mecca of sorts yesterday as thousands trooped there to pay their last respects to the man who was on the verge of becoming their governor before his shocking death.

The late Audu was committed to mother earth amid tears and sorrow at about 1.50 pm after the Chief Imam of Ankpa Central Mosque, Salman Adamu, led a mammoth crowd in the funeral prayers.