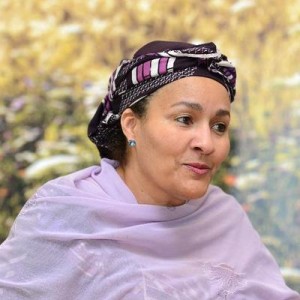 UN Secretary-General Ban Ki-Moon on Monday congratulated Ms Amina Mohammed on her appointment as Minister in the cabinet of President Muhammadu Buhari.

In a statement in New York, Ban says he is deeply grateful for Mohammed’s outstanding service and contributions to the shaping of the new 2030 Agenda for Sustainable Development.

He said her vision and voice helped to bring people together, enlist new partners to reach global consensus on the Sustainable Development Goals (SDGs).

“This was across three years of complex negotiations and the most inclusive consultation process in the history of the United Nations,” Ban said.

He noted that the SDGs are the world’s inspiring new framework for ending poverty and building lives of peace and dignity for all on a healthy planet.

The Secretary-General wished Mohammed every success in her new role as Minister and looks forward to her continued engagement with the United Nations.