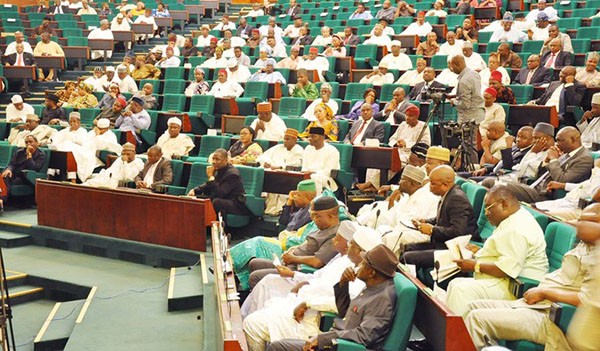 The House of Representatives during plenary on Tuesday called on the Nigerian Armed Forces to settle all outstanding entitlements and benefits of military personnel, who died in the line of duty, fighting Boko Haram insurgents.

Nigeria has lost many of its servicemen and women in the ongoing battle against insurgency with many affected families yet to receive the benefits of the departed officers and soldiers.

The lawmaker noted that “it is a standard practice for entitlements to be paid to the next of kin of any soldier who had died in the line of duty of protecting the integrity of the nation”.

He cited a case of a late sergeant, Moses Osarenkhoe, who lost his life defending the country against Boko Haram insurgents in Maiduguri.

Mr. Agbonayinma regretted that several months after the death of the heroes, no payment of entitlements had been made to their families, thereby leaving their spouses’ and children in desperate situations without any form of livelihood.

This unfortunate situation, Agbonayinma said, would dampen the morale and willingness of those serving in the military from serving their fatherland and willing to pay the ultimate sacrifice when the need arises.

The motion was unanimously adopted by the lawmakers, many of whom expressed displeasure over the poor treatment of the service personnel.

Nnenna Ukeje-Elendu (PDP-Abia State) said the deceased personnel did what “many of us could not do” and their families should not be neglected.

The House, therefore, called on the “Armed Forces and other relevant authorities to, as a matter of urgency, pay all entitlements/benefits of deceased personnel who died in active service”.

The lawmakers also asked the Armed Forces to establish a trust fund to cater for the education of children of deceased service personnel.

However, the resolution was not without a downside.

There was an amendment to the original prayer of Mr. Agbonayinma’s motion, which sought for inclusion of funds for the settlement of the deceased personnel’s entitlements in the 2016 budget.

The amendment was however, rejected by the lawmakers.