Ohanaze Youth To Buhari: Go After The ‘Untouchables’

The All Progressives Congress, APC in Akwa Ibom State says it has withdrawn from the re-run election holding on...
Read more 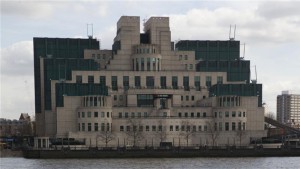 The UK has announced it will expand its domestic and international spy agencies by recruiting 1,900 new intelligence agents in the wake of attacks in France and the Middle East. David Cameron, UK prime minister, made the announcement on Monday during the G20 meeting of the world’s leading economies in Turkey. He called on the states to band together to cut off financing to proscribed entities, particularly the Islamic State of Iraq and the Levant (ISIL) group.

“These extremists coming out of Syria and Iraq are radicalising our own citizens in our own countries, they want to cause the maximum damage to our countries and our way of life.” He said: “Here at this summit, we have agreed to take further important steps to cut off the financing that terrorists rely upon…to counter the extremist ideology and the terrorists’ propaganda … and to better protect ourselves from the threat of foreign fighters, by sharing intelligence and stopping them from travelling.”

In a transcript of the G20 summit speech released on the prime minister’s website, Cameron said the UK would be doubling its spending on aviation security and stressed the need to provide financial assistance to countries with particularly vulnerable locations.