Nigerian troops who captured another Boko Haram leader, John Trankil, have been able to extract some confessions from the terrorist.

Naij.com had reported earlier that the Nigerian troops succeeded in its raid of a hideout in Kasuwar Shanu area of Maiduguri in Borno state, where the kingpin was arrested, as some other discoveries were made in the camps being destroyed. 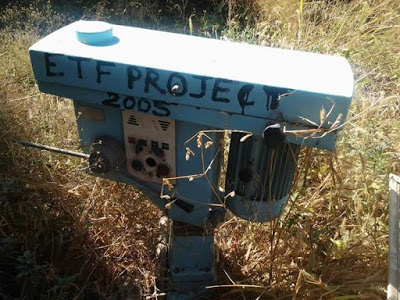 And in a preliminary investigation carried out by the troops, it was revealed that there are still other strong members of the group within the city which remain at large in spite of the soldiers’ invasion of the troubled capital city.

In the press statement issued by Colonel Rabe Abubakar, the media coordinator of operation Lafiya Dole and made available to Naij.com, it was gathered that there is still a Hilux vehicle with about 20 Improvised Explosive Devices (IEDs) which they would detonate at select places within the city.

“Preliminary investigation revealed that the suspect said that 9 of them were sneaked into the Maiduguri armed with AK 47 assault rifle each and a Hilux vehicle laden with 20 Improvised Explosive Devices meant to be detonated at some selected targets in the city,” the statement read. 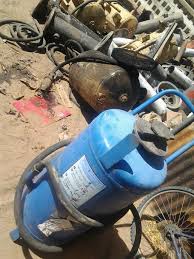 Bomb-making devices which were seized by the Nigerian troops during their raid of Boko Haram’s dens on Sunday, November 15, 2015

In a related development, officers of the Nigerian army have revealed that the wife of a Boko Haram kingpin who was arrested during a raid on the terrorists’ camp in Borno state is helping them with valuable information.

The woman was caught with four children she had with the unnamed Boko Haram kingpin, after he took to his heels following a gun battle with soldiers.

This news of recent victories over the insurgents will be seen as a welcome development by the Chief Of Army Staff (COAS), Lt-General Tukur Burutai, who has consistently stated that the Nigerian military will meet up with the December deadline to crush the insurgents.