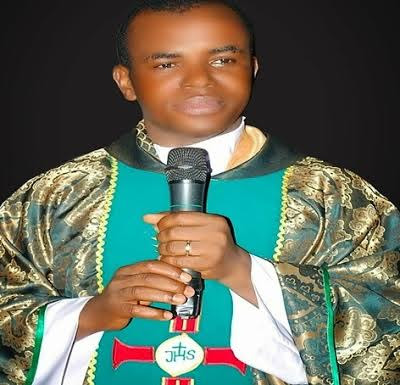 The Campaign for Democracy, CD, has lampooned those it described as selfish Igbo elements, who are publicly condemning the non-violent protests for the actualization of Sovereign state of Biafra by the youths, asking them to shut their mouth, if they have nothing to say.

The South-East states comprising Enugu, Anambra, Imo, Abia and Ebonyi and some areas in the South-south such as Port Harcourt in Rivers State and Asaba, Delta State, were shutdown recently when some youths under the aegis of Independent People of Biafra (IPOB) and Movement for the Actualization of Sovereign State of Biafra (MASSOB) protested against the alleged continued marginalization of the Igbo and the continued detention of their leaders by the Federal Government.

Some prominent Igbo leaders such as Governor Rochas Okorocha and outspoken Catholic Priest, Rev. Fr. Ejike Mbaka, had condemned the agitation for Biafra in no uncertain terms, with the latter describing the protests as “evil”.

However, the South-East Chairman of CD, Dede Uzor A. Uzor, argued that the protesters ought not to be condemned irrespective whether what they are demanding is reasonable or not and whether it is feasible or not, as long as they remain peaceful.

The CD said it will only be against the protesters if they resort to violence or destruction of any kind.

Uzor also called on the people of South East who are sympathetic to the demands of IPOB and MASSOB to boycott using and buying all the products from the stable of Rev. Fr Mbaka, until he apologizes to the pro-Biafran groups.

CD also asked the Catholic Church leadership to call Mbaka to order because he is not the only priest in Nigeria and cannot even count as the one of the first 1000 best priests in Nigeria and should not always be involved in controversy with people and individuals, saying, if he is not tamed, he will end up being an embarrassment to the respected Catholic community.

“We are calling on Igbo Christians to also boycott Rev Mbaka’s Ministry, he is a disappointment to Igbo race, he has not for one day criticized or condemned the brutal killing and open murder of Igbo’s people in the North by the Boko haram insurgents, or ever criticized their activities which are more dangerous and life wasting than what MASSOB and IPOB is doing, we are not surprise because he loves money and they have bribed him with their recent visit to Enugu after which he started talking like he is known for”, Uzor said.

The CD further claimed that about 2338 members of MASSOB and IPOB youths have been murdered between September 13, 1999 to date by security agents in the country, while over 900 Igbo’s have been killed in the Boko Haram insurgency yet Rev. Fr. Mbaka has not deemed it fit to speak against them, neither has he alerted the federal Government on the state of the Federal Roads in the South East, just because he has been settled.