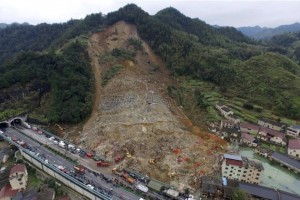 More than 2,000 rescuers are searching for survivors of a landslide in eastern China that has killed at least 25 people. Several days of rain sparked a torrent of mud and rock, engulfing homes in Lidong village, Zhejiang province. The landslide occurred shortly before 23:00 on Friday night and buried almost 30 houses.

Parts of the village remain flooded, hindering rescue efforts. Reports say 12 people are still missing. Local officials said one person had been rescued so far and is in stable condition. As well as rescuers, sniffer dogs and machinery, psychologists have also been dispatched to the area to help family members of the victims, local officials said.

Most of the missing are children and the elderly, according to local media, which also said that compensation had been agreed for those who lost homes in the disaster. 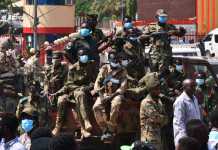