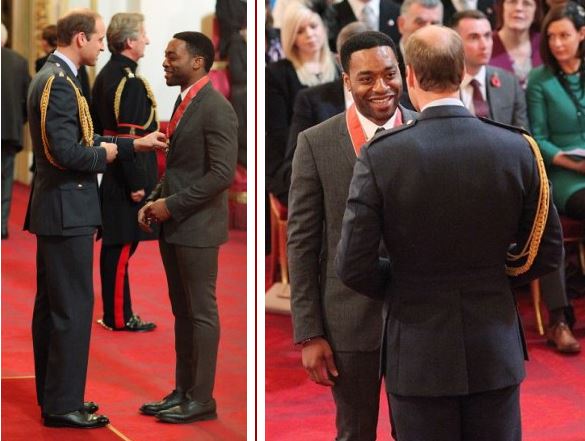 The Nigerian/British Oscar nominee and 12 Years A Slave actor was awarded a CBE for services to drama by the Duke of Cambridge, Prince William, during an official ceremony held at Buckingham Palace in London a few weeks back. Chiwetel, 38, was awarded an OBE in 2008 and now has a CBE which means Commander of the Order of the British Empire (CBE).