Daniella Okeke Slam Nigerians Who Are Praying For Paris, Tells Them Not To Be Stupid 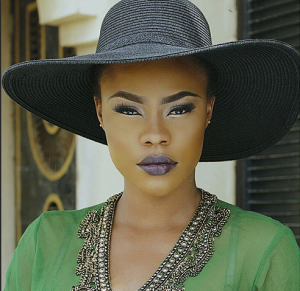 Read what she wrote below: –

How many times have you offered prayers for Nigeria, shown support for the country in this trying times or changed your dp to the Green and white national colours to identify with your country on the Boko haram insurgency that has been on for over 5 years now?
In what way have you shown concern about the plight of people in the north east?
What about the missing ChibokGirls?
Why didn’t you pray for them? Instead ye all went saying #bringbackourgirls targeting #GEJ…
Did you see any individual, political party or a group in France calling a press conference to blame their President/Government for the tragedy? If it were to be here (God forbid bad thing) ye all should have been blaming #PMB and #PDP /#APC by now.

Now ask yourself……
How many times has Mark Zuckerberg’s facebook given you the opportunity to change your profile picture and show support for the boko haram victims in the manner they did for France today or are they less humans?
Ain’t saying you shouldn’t pray for Paris or show your support for them but just DON’T BE STUPID and try changing your dp to the Nigeria flag or pic mix your photo with the coat of arm as we ain’t gat an eiffel tower here, show support for the North Eastern people and remember to pray for them too.
#Pray4Nigeria
May the souls of the Bokoharam victims, ISIS victims and that of the faithful departed through the mercy of God rest in peace.
#PrayForYourLeaders
#PrayForNigeria
#PrayForAfrica
#PrayForTheWorld