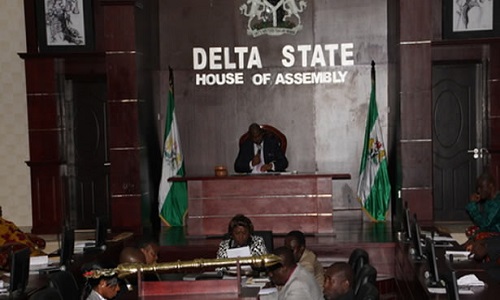 Two members of Delta House of Assembly, have been suspended for alleged desecration of the hallow chamber.

The suspension of the two legislators followed a motion moved by Majority Leader Mr Tim Owhefere.

Moving the motion, Owhefere said that the sanctity of the House must be respected at all times.

He said that Ajudua and Erijo erred in this direction.

The motion, which was unanimously adopted by the House was seconded by Minority Leader Mr Festus Okoh.

Also during Tuesday’s plenary, the Speaker, Mr Monday Igbuya, called on members to re-double their efforts in the business of lawmaking for peace and good governance of the state. (NAN)