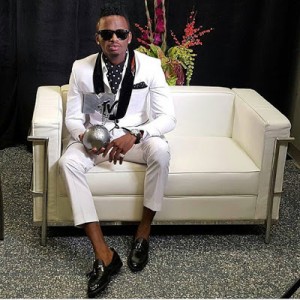 The organisers of the highly anticipated Future Awards Africa, have unveiled some entertainers and creative personalities as ambassadors for the 10th anniversary.

Speaking on the selection, Sean Obedih, a member of the awards Central Working Committee based in Ghana said; “These 10 African icons have been selected from across East, West and Southern Africa because they represent the essence of TFAA,”.

“They speak to the best that Africa has, but more importantly their lives work have inspired millions to take charge of their destinies and to get involved in rebuilding their communities and their countries.There are no better ambassadors than these to drive our #AfricaNeedsYou message as we celebrate 10 years of the awards and prepare for 10 more years of impact.”

As part of the 10th anniversary #AfricaNeedsYou campaign, TFAA launched a 100-city tour to build 100 hubs across the continent over the next one year.

The hubs will partner with local non-governmental organisations to solve problems community by community. It will be launched officially at the awards, which is scheduled to hold on December 6, 2015.

The Future Awards Africa has produced over 150 winners and over 1550 nominees since its first edition in 2006.