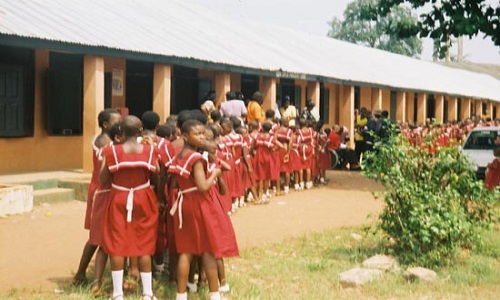 With less than 48 hours to the gubernatorial election in Kogi State, all public and private schools in the state have been ordered to close from Wednesday, Nov. 18 to Monday, Nov. 23.

The Public Relations Officer of the Ministry of Education, Alhaji Adamu Sheidu, confirmed the closure to the News Agency of Nigeria (NAN) on Wednesday in Lokoja.

He said that the order affects only all primary and secondary schools in the state.

He said that the step became necessary as many of the schools will serve as temporary camps for security agents being deployed to the state for the Nov. 21 governorship election.

Sheidu said that the closure order which came into effect on Tuesday will last till Monday, Nov. 23.

The PRO advised parents and guardians to take note of the development and keep watch on the movement of their children during the period of the election.

He also warned proprietors of private secondary and primary schools in the state against violating the order.

The Inspector-General of Police, Mr Sunday Arase, had on Tuesday in Lokoja announced that 12, 000 policemen will be deployed for the election.

According to him, a unit of mobile policemen will be sent to each of the 21 local government councils in the state.

He explained further that a Deputy-Inspector General of Police, one Assistant Inspector-General of Police and no fewer than three Police Commissioners will be on the ground to coordinate the operation. (NAN)