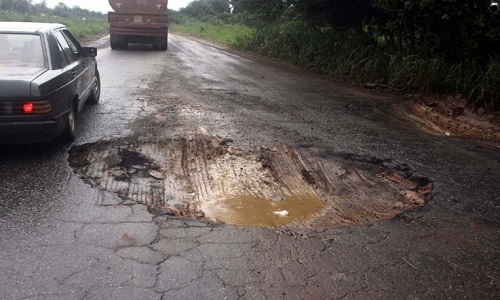 Due to the deplorable condition of federal roads in the Southeast geo-political zone, the Enugu State House of Assembly has declared a state of emergency on the roads.

The lawmakers’ action was sequel to a motion by Chinedu Nwamba (Nsukka East), condemning the deplorable state of the roads.

Nwamba said: “Residents of Enugu and its environs, for over a decade now, are faced with myriads of problems because of the deplorable condition of federal roads.

“It seems the state is forgotten in the construction of new roads, rehabilitation and maintenance of federal roads. Incidentally, this trend has persisted despite promises by successive governments.

“Of the roads in question, the Port-Harcourt/Enugu and Onitsha/Enugu highways are the most pitiable. Whereas, the Enugu/Onitsha road, which usually takes about 40 minutes when the road was good, now takes three hours. The road is so bad that almost every vehicle that plies it breaks down before completing a full journey. The story is the same for the Enugu/Port-Harcourt highway as a journey of two hours now lasts five hours”.

After extensive debate on the motion, the lawmakers declared a state of emergency on federal roads and called on the Federal Government, through the Federal Ministry of Works/Federal Road Maintenance Agency (FERMA), to begin work immediately to avoid more mishaps.