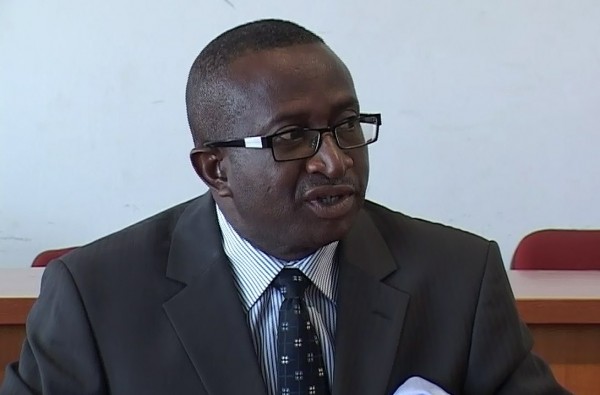 The immediate past Senate Leader, Victor Ndoma-Egba (SAN), who resigned his membership of the Peoples Democratic Party, PDP, in September, has pitched his tent with the All Progressives Congress, APC.

Mr. Ndoma-Egba, who represented Cross River Central in the 5, 6 and 7th Senate, visited the APC Secretariat in Calabar, the Cross River State capital on Monday, where he made known his intention to formally declare for the party.

He stressed that while he had not formally declared for the APC, he was at the secretariat for consultation and to reciprocate their gesture.

While speaking to some of the party chieftains, Ndoma-Egba said: “I am here today not to say I have joined or have not joined the party.

“But I am here to reciprocate the various courtesy calls that have been paid to me by chapter chairmen of the APC from the ward level to the national body of the party and to tell you that I want to formally join the APC family”.

The former senator pointed out that for a long time, the general belief was that Cross River was a one party state.

“For a long time it was, but it is no longer tenable today, because the action of the Peoples Democratic Party (PDP) created a large pool of IDPs (Internally Displaced Politicians) who still have political life in them and must continue in politics. So the IDPs must find a platform to carry on with their politics”, he stressed.

Ndoma-Egba disclosed that as he continues consultations with the APC in the state, he wants to assure them that he would abide by the party’s constitution because “We want to come to the party with values of integrity, fair competition and a level playing ground”.

“Fortunately, PDP has given a template of what should not be done, that impunity is not sustainable. They have had to pay a high price for impunity. Whether they have learnt lessons from their impunity is what I don’t know.

“We want to come when we come to join you, offer the people of Cross River State a choice since a one party state is no longer tenable.

“Our desire is to be able to give the people of the state a choice because politics is about choices and we can no longer continue with this mantra of one party state”, the ex-Senate leader added