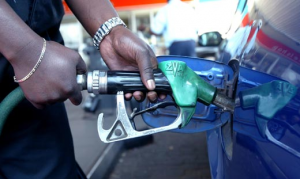 The Federal Government’s indebtedness to oil marketers has risen to N470 billion, owing to a backlog of unpaid subsidy claims since August 1, 2014 till date. But marketers say even if paid, the money would not be enough to pay foreign suppliers owed.

Marketers, who spoke to Vanguard in confidence yesterday, lamented that government has not been able to fulfill its promise to offset all outstanding marketers’ claims between October and second week in November. The promise by the Central Bank of Nigeria (CBN), to assist marketers in accessing dollars to pay off their foreign suppliers has also not yielded fruit.

“We had another meeting with the Vice President (Yemi Osinbajo) two weeks ago and he promised that they would pay us. Right now I can tell you that no marketer has any money or line of credit to import even one litre of fuel,” Vanguard quoted one of the marketers to have said.

“The last time any marketer was paid claims was July 31, 2014. Since August 1, 2014, no marketer has received anything. The total outstanding claims between August 1 and now are about N470 billion.”

“Even if they paid all the N470 billion, it will still not be enough to pay off our foreign suppliers because the dollar value of what we require to offset matured debts is over $2 billion. The CBN Governor promised to help us, but nothing has happened,” the marketer said.

Vanguard quoted another marketer to have said that due to the situation on ground, two oil marketing companies have sacked 90 workers in the last one week, while others are laying off workers secretly on a daily basis.

“If marketers continue to lay off workers, soon the unions will swoop down on us and begin another crisis.”