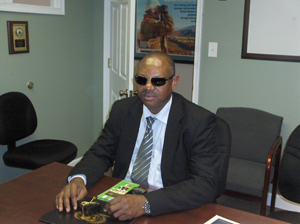 The Federal Government at the weekend reiterated its resolve to collaborate with ex-militants in the oil rich Niger Delta region to ensure protection of lives and property in the region.

Coordinator of the Presidential Amnesty Programme in the Niger Delta, Brig-Gen. Paul Boro (rtd), said President Muhammadu Buhari desires peace in the region, hence, his administration was willing to engage relevant stakeholders to address all forms of illegality in the region.

The amnesty chairman made this known as a special guest at a forum organised by Riverine Security, (Coast-Guard of the Federation), a group of all ex-militants in the Niger Delta region, in Abuja.

Represented by Major Matti Abdul (rtd), Boro stressed that all hands must be on deck to ensure safety of water ways and communities in the Niger Delta in order to promote economic development in the region.

In his remarks, the Commandant General of the Coast-Guard of the Federation, Oduku Bibi, said all ex-agitators in the region had vowed to toe the path of peace and progress, because they believed in the ability of Buhari’s government to develop the region.

“We have come to say a big no to militancy, oil bunkering, pipeline vandalism and all other familiar vices that have impeded the rapid development of the Niger Delta and Nigeria at large”, he said.

Commending the new coordinator of the amnesty programme, Bibi explained that their involvement in the peace, security and progress in the Niger Delta region became imperative in view of their adequate knowledge of the terrains in the region.

According to him “the people who can best protect the Niger Delta is Niger Deltans. Our men are conversant with the security hurdles; they know the terrains and we will assist security agencies in the discharge of their duties”.

Bibi also stated that the group had an understanding with the Nigerian Navy for the protection of water ways, adding that they would extend it to the Nigeria Police Force and other security agencies to ensure that people in the region are well protected.