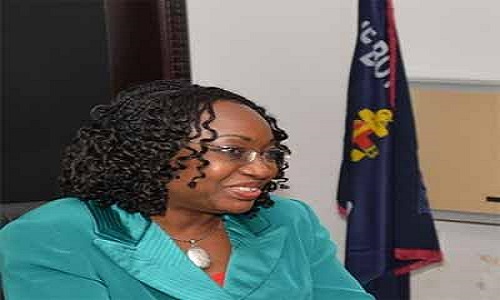 The Acting Head of Federal Civil Service of the Federation (AHCSoF) Mrs. Winifred Ekanem Oyo-Ita has raised alarm over a false Facebook account opened in her name by fraudsters to defraud unsuspecting members of the public.

She denied there was any job vacancy in her office as claimed by the false account.

According to a statement by the spokesman of the Office of the Head of the Civil Service of the Federation (OHCSF) Haruna R. Imrana, the public should disregard the account to avoid falling victims of fraudsters.

“The false account purportedly carried advertisements for vacancies in the Office of the Head of Civil Service of the Federation. The general Public is hereby warned that the so called Facebook account is false and dubious.

“The Acting Head of the Civil Service has no such account more so the office of the Head of service does not advertise vacancies for employment in the offices as dubiously stated in the page.

“The Account is a scam created by fraudsters aimed at misleading and duping innocent job seeking public. The public is therefore warned to disregard the Facebook account and any information it may carry”, the statement said.

It further urged the public to desist from any form of dialogue on the account as it is fictitious, fraudulent and that the AHCSoF has disassociated herself with the said Facebook account.