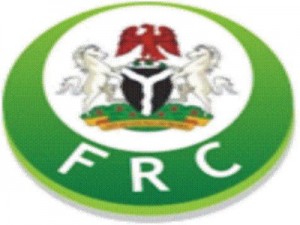 The Fiscal Responsibility Commission (FRC) Monday said it recovered over N360 billion from the operating surpluses of Ministries Departments and Agencies (MDAs).

The chairman of the commission, Victor Muruako said this during a 2-day training tour of Ebonyi State Fiscal Responsibility Commission to FRC Abuja.

“As part of our mandate, we have gone out to look for these revenues from agencies that have been hiding their report and we have retrieved over N360billion by our activities from the consolidated revenue funds,” Muruako said.

He said that the commission at present has embarked “on investigative visits to several agencies which prompt them to do what is right.”

“A lot of government agencies ordinarily won’t pay the operating surpluses which they are now paying,” he said.

While noting that the money is not being paid to them but they (MDAs) pushed it to the consolidated revenue funds of the federal government.

Addressing the Ebonyi State FRC members, he said: “You must find ways and means to trigger those state companies and parastatals that over the years rather collect money from the federal government. If you investigate some of them you find out that they are making so much money.

“For example, the state housing corporations most times collect land from people free; they collect money from state government; they will build and sell and will never declare profits. They are always complaining. If you visit their offices, it won’t seem as if much is going on whereas a lot is going on.”

Muruako urged the Ebonyi State FRC tourists “to encourage their state government to look inwards because the truth is that if the continuous dwindling of the revenue persists for the next six months and our allocation continues being this slow, it’s either we get the right attitude to do the right thing or we will be on the floor.

“The truth is that some state governments have refused to develop alternative means of raising cash. We are not praying for such, that is why they should see you as partners to help them.”

The FRC chairman maintained; “that every state of the federation should establish fiscal responsibility agencies and should not continue to shy away from this reality.”