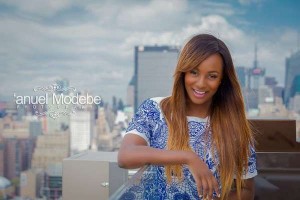 Florence Otedola aka DJ Cuppy, is a DJ and music producer.

The 23 year old graduated from King’s College London in 2014 and also has a degree in Business and Economics.

She is currently pursuing a Master’s Degree in Music Business in New York.

DJ Cuppy started her deejaying career at the age of 16. Last year she was the resident DJ at the MTV Africa Music Awards in Durban.

She released her first compilation House of Cuppy in the same year.

Baba Dee whose real name is Dare Fasasi is the older brother of Sound Sultan.
Baba Dee scored his first hit in the late 90’s and released his first album Most Wanted in 1997.

Over the years, Baba Dee has been a stalwart of the Nigerian music scene.

This year he released his first produced movie ‘Head Gone’.