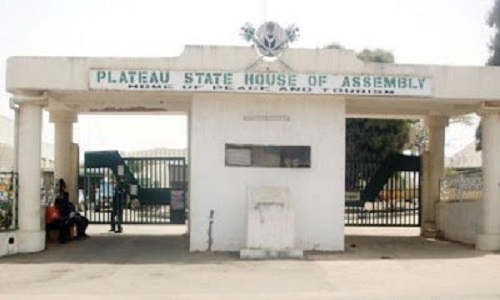 One of the reasons the ethno-religious crisis on the Plateau has continued to fester is because religious leaders in the state have not been telling themselves the truth, a lawmaker has said.

The Deputy Speaker of the Plateau State House of Assembly, Yusuf Gagdi, who stated this on Sunday, said that “it is obvious that most religious leaders are hiding the truth about Plateau crisis.”

“What a Jamaatu Nasiru Islam JNI official will tell you in the absence of Christian Association of Nigeria members, (he) will not say same in the presence of CAN; same also applies to (officials of) CAN”, Mr. Gagdi said while addressing journalists about the Assembly’s committee on peace and security, which he chairs.

According to the deputy speaker, the Plateau crisis, which has caused the death of thousands of residents, still exists because most people have lost confidence in security officials, adding that his committee has had cause to demand the redeployment of some security officials.

“As a committee, if we discover that people of a particular community no longer have confidence in a security official, we meet the head of such security outfit for redeployment”.

Mr. Gagdi also stated that the loss of influence by traditional rulers, has also made the crisis fester.

“…we have discovered that traditional institutions are not in control of their subjects”, he said.

Gagdi said another reason for the protracted Plateau unrest is non-adherence to rule of law.

“One of the major reason for the trouble between Fulani herdsmen and farmers in the state is due to cultivation of grazing routes by farmers, and the continued destruction of farm produce by cows belonging to herdsmen”.

He also decried the unnecessary barricade of roads by communities describing it as “another security treat”.

Speaking on the relationship between the legislature and the executive, Mr. Gagdi said the 8th assembly will not be used by the executive as rubber stamp.

He said the Plateau legislators approved the recent loan request by the executive to enable government pay outstanding salaries and complete abandoned projects that has direct impact on the electorates.

Mr. Gagdi also said he will donate his salaries for his four-year tenure to charity and humanitarian causes.

“I have pledged that if I collect a penny from my salary for my personal use, I would fall and die, and go to hell. Last week, my two months’ salary came, and all was used to support the less privileged”.

The deputy speaker revealed that as part of his charity works, he has constructed 13 mosques, six churches and eight palaces for traditional and religious leaders from his constituency.