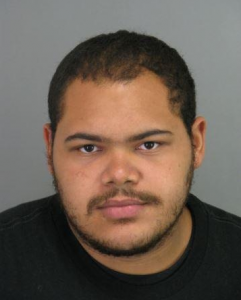 South Carolina deputies say a 25-year-old man killed his wife when his gun fired while he waved it around during a card game Saturday.

The Spartanburg County Sheriff’s Office said in a statement that Jeremy Sims had been drinking and smoking marijuana before the shooting around 2:30am local time at his home in Chesnee, about 66 miles west of Charlotte.

The coroner’s office identified the shooting victim as Sims’ wife, 23-year-old Shelby Elizabeth Sims. Deputies say Shelby Sims’ mother and a child were at the home but were not injured. Jeremy Sims was charged with murder.