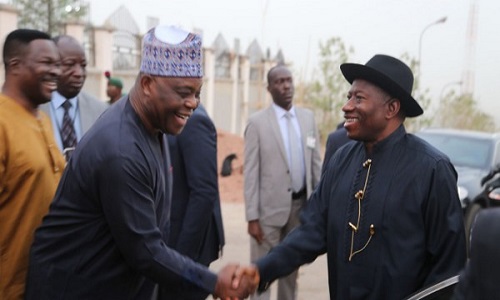 Peoples Democratic Party (PDP) chieftain and chairman of the recently concluded PDP national conference, Chief Raymond Dokpesi, has denied reports in the media credited to him that he apologized to Nigerians for his party’s alleged misrule of the country.

Dokpesi, who is founder of African Independent Television (AIT) and Raypower FM station, last week was widely quoted as saying that the PDP should have kept to its zoning agreement, adding that it was a mistake to have fielded ex-President Goodluck Jonathan in 2011 and 2015 when a northerner should have been allowed to emerge as the former ruling party’s presidential candidate to complete the tenure of late President Umaru Musa Yar’Adua.

He was also quoted to have apologized on behalf of the PDP, saying the party’s performance in the last 16 years fell short of Nigerians’ expectations.

The National Publicity Secretary of PDP, Chief Olisa Metuh, while reacting to the comment, said it was Dokpesi’s personal opinion, not that of the party. Former presidential spokesman, Dr. Doyin Okupe in his reaction, said fielding Jonathan was not a mistake that the only mistake was not sacking former INEC Chairman, Prof. Attahiru Jega, who he accused of being partisan.

In apparent reaction to the backlash his comment generated, Dokpesi, in a personally signed statement on Monday, debunked the reports, saying he was “not only an unrepentant admirer, supporter and die hard follower of Jonathan but, indeed, a party member”.

“What I said at the media briefing was that PDP governments were run by human beings who are not perfect and may have made mistakes. I cited the example of the party’s zoning agreement nationwide, which buckled in the face of incumbents who had preferred and pliant candidates and went on to subvert the people’s choice on who to represent them leading to defeats at the polls.

“I tendered an apology to PDP members nationwide for actions like that”, he clarified in the statement.

The media mogul further said he was not unaware of the anctics of the ruling All Progressives Congress (APC) to “undo the PDP and set its members against one another in other to pave way for one party system”, adding that “such efforts would not see the light of the day”.

Mr. Dokpesi went on to hail Jonathan’s achievements in many sectors of the economy, saying Nigerians will soon commend Jonathan for his sincerity of purpose in government.

“I call on all PDP members nationwide to discountenance the misleading reports as the party has no apologies to offer anyone for its years of rule at the centre and a majority of the states”, the statement added.