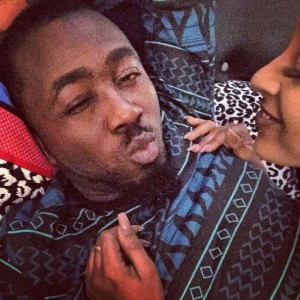 If photos are anything to go by, then Ice Prince and and his girlfriend, Maima Nkewa, might have broken up.

The rumors became hotter on his birthday Saturday 30th October, Maima didn’t put up his photo on Instagram, which she might have normally done.

On Sunday, he posted a photo of himself with the vixen from his “Marry you” video, captioning it ‘Different’.

The photo showed the lady wearing the costume she wore for most of the video, while he is seen wearing an outfit that does not appear anywhere on the video.

It remains unclear why he posted the photo but there are those who say it is evidence he’s moving on to someone else.