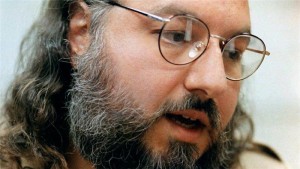 Israeli spy Jonathan Pollard was released from a US prison on Friday after having served a 30-year jail sentence. Pollard, 60, is a former US navy intelligence officer convicted of turning over classified information to Israel. He was arrested in 1985 and convicted in 1987.

Israel admitted in the 1990s that Pollard was its agent and granted him citizenship. Israeli Prime Minister Benjamin Netanyahu was quick to welcome Pollard’s release.  “After three long and difficult decades Jonathan is at last reunited with his family,” said Netanyahu, who had long pressed for Pollard’s freedom.

Polard was sentenced to life in jail but was granted parole in July. He will be required to remain in the US for five years. Pollard’s supporters have said he was being punished too harshly since Israel is a US ally and much of the classified information he passed on caused no damage and was intelligence that Israel already had access to.